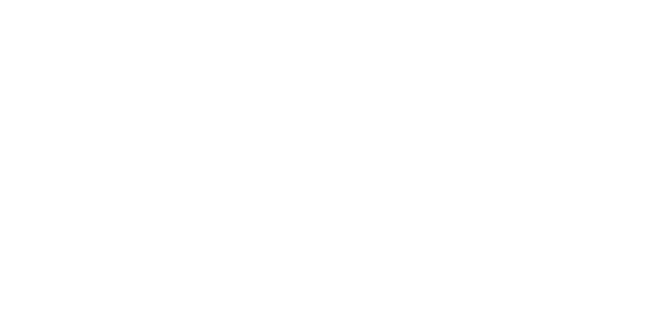 Winx has done it. The great mare has won her fourth Cox Plate.

As she crossed the line with a two length margin over the gallant Benbatl with last year’s runner-up Humidor a further two lengths astern in third, race caller Matt Hill said it was “equine utopia”.

“Moonee Valley has found its Mona Lisa,” he said.

Well, almost. There are longer queues to see Winx, and anyway, how many Cox Plates did da Vinci ever win?

Winx now has an irresistible case to be considered the greatest galloper in the history of the Australian turf. Yes, better than Phar Lap.

Phar Lap won two Cox Plates and a Melbourne Cup and 34 other races including a race in Mexico after a gruelling boat trip. And Phar Lap was the punter’s best friend in the Great Depression, which added another level of depth and meaning to her sporting deeds.

But Winx is just so dominant. Put it this way: If what we’d been watching today was a cricket match, then this was the afternoon when Bradman was tapped on the shoulder and politely asked to move along.

It’s not just the 29-win streak, the 22 wins at racing’s elite Group 1 level, the record $22.8 million prizemoney or the 70 or so Group 1-winning horses Winx has beaten in her streak. It’s not even the four straight Cox Plates, which no horse has ever done.

Yes, just Winx. The way she wins from anywhere. In any track conditions, wet or dry. On big tracks like Randwick and Flemington and on tight, turny tracks like Moonee Valley. On clockwise or anti-clockwise tracks.

Not that she needed it, but today, all the luck was on her side, thanks to the steady hands of her jockey Hugh Bowman. Remember, this is a man with such a close affinity with the horse that trainer Chris Waller once changed Winx’s schedule when Bowman was unavailable through suspension.

“I can’t believe it. The electricity that went through my body as I turned into the home straight,” Hugh Bowman said straight after the race on his horseback interview.

Bowman rode the perfect race. Winx jumped well from her wide barrier and was three-wide passing the post for the first time. But he soon got her into a perfect position, midfield, one horse off the fence, and the race panned out to perfection for team Winx.

The feeling as Bowman took off four-wide around the home turn with that trademark turn-of-hoof?

“I sat there and enjoyed it like everyone else,” Bowman said.

“When I let her go, I heard the crowd roar the reaction was electric. Then when I asked for her full effort at the 200m mark, she must have put a gap on them because the crowd just erupted.”

The great mare did indeed put a gap on them. And the crowd sure did erupt.

“I felt like I was in the zone. She was so relaxed today,” Bowman added.

The chopper shot of the @CoxPlate is excellent viewing.

The team talk you through it as the race unfolds. pic.twitter.com/DnvC0680xA

It already is, by the look of the bloke.

So moved was Waller by the occasion, he took a video of the crowd. “It’ll probably be buried with me,” he said of the video.

Her racing future? TBC. But that’s definitely a question for another day. 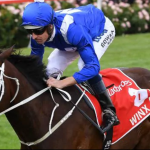 Four Cox Plates, 29 straight wins — so what new territory is left to conquer for Winx?News 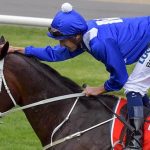