Australian wonder mare Winx has done it again with another incredible performance in the Group 2 Apollo Stakes stretching her winning streak to 30.

Winx had claimed another record, winning the Apollo Stakes for the third time but she has also become the first Australian horse to post 30 consecutive wins.

But the result was never in doubt with Winx, who sat back before unleashing her trademark finish over the top of Happy Clapper, claiming a race record to boot.

THE MIGHTY MARE CONTINUES HER DOMINANCE.

It was an emotional post-race interview with trainer Chris Waller as well.

With the ravenous appetite of the Australian public to see Winx run, the pressure has been on to keep the seven-year-old racing, a responsibility Waller feels the pressure of.

“I’ve just got a sense of relief,” Waller said. “We take it so personally and she can’t tell us when she’s had enough and we’ve made the decision to push on a bit further but she’s pretty good.”

Bruce McAvaney said “it’s a national event every time she races” with a huge crowd turning out at Randwick to see the champion mare race.

“It’s quite unbelieveable, it’s racing of years gone by, we got a glimpse of it with Black Caviar of course, your Makybe Diva’s and now Winx following on from that, it’s indescribable for any sport and for racing and it’s exactly what we need.”

Jockey Hugh Bowman said Winx performed as well as ever.

“It’s something we’ll look back on in years to come,” Bowman said.

“Now it’s about the next race for her, so two weeks time in the Chipping Norton Stakes here at Randwick and we expect a similar performance.

“She gives a lot of people a lot of joy and happiness.”

Before the race, Waller said he’d been nervous for weeks, knowing how huge Winx’s place in racing and Australian sporting folklore will be.

Social media reaction was swift in doling out praise following the performance.

While she holds a stunning record, it appears there are a few records that are out of reach for her.

Puerto Rico’s Camarero holds the world record of 56 wins in a row before he lost, followed by Hungarian mare Kincsem with an undefeated record in 54 starts, before Puerto Rican horses Cofresi (49 wins), Condado (44) and Galgo Jnr (39) ahead of Winx.

Jockey Hugh Bowman said she has “nothing to prove”.

Speaking on SEN, he said she may still be around in spring and could even chase a fifth Cox Plate, which could get her closer to the top five consecutive wins.

Will it or won’t it be Winx final racing campaign? Hugh Bowman left the door ajar for a potential spring fling and maybe a 5th Ladbrokes @CoxPlate when he joined #MoodyOnTheMic.

You can catch up on the full episode here: https://t.co/yXkLRMnato pic.twitter.com/5wxgmrOLQz 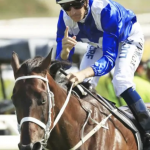 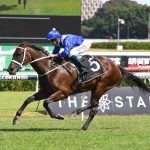