Any thoughts Winx might not be as good as she once was, not as fast as she was, too old at seven, vulnerable over 1400 metres, have been scotched in just under 81 seconds with the great mare notching her 30th consecutive win in the Apollo Stakes at Randwick.

THE MIGHTY MARE CONTINUES HER DOMINANCE.

For her trainer Chris Waller the over-riding emotion, as always, is relief. Relief when she returns safely from her races and relief he has made the right decisions, particularly to keep her racing after her record fourth Cox Plate in October.

“What she does for racing makes me proud,” Waller said.

“”It’s a great sport and she’s a true headline act and puts racing in a positive light.”

Winx started the $1.10 favourite to extend her winning streak in the Group Two Apollo Stakes with Sydney’s second favourite horse Happy Clapper next at $11.

And that’s how it panned out with Hugh Bowman easing the mare up to Happy Clapper before strolling to a 2-1/4 length win.

“We take it so personally. She can’t tell us when she’s had enough. We made the decision to push on a bit further.”

In the lead-up to the Apollo, there were questions whether Winx could come back as a seven-year-old or maybe it was just wishful thinking by her opponents.

Waller and the mare’s jockey Hugh Bowman had no reason to doubt her.

Bowman said the race panned out pretty much as he expected.

“The pace of the race was very even which suited us,” he said.

“I had to niggle her to hold her position closer than I normally would over a bit further, especially when I could see the path that Sam was plotting on Happy Clapper out of pure respect for that horse’s ability.

“She was in pure control.”

A crowd of 15,330, most dressed in blue, came to see Winx with the clock now ticking on her career which is likely to consist of three more starts – the Group One Chipping Norton, George Ryder and Queen Elizabeth Stakes.

Given she generally gets better as her campaign goes on, there is no reason to think her winning sequence will end.

Happy Clapper’s trainer Pat Webster was among the first to congratulate Waller with the two horses to meet again in the Chipping Norton Stakes (1600m) in two weeks.

Relief was also the emotion Webster felt after Happy Clapper’s first race since he bled in Melbourne in September.

“I was rapt with that and he’s pulled up good which was our main concern,” he said.

And Webster is hoping his Apollo performance is enough proof Happy Clapper deserves his spot in the $5 million All Star Mile at Flemington on March 16. 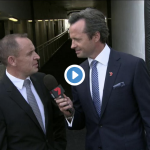 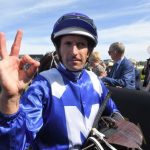