Winx celebrated fellow freak mare Black Caviar’s birthday in memorable style by breaking her record for consecutive victories fittingly in the race named in her own honour at Randwick on Saturday.

The world’s elite racehorse had some work to do at the top of the straight to register her 26th victory in a row and her 19th Group 1 win in the $500,000 event, but once again she made it look easy as she ran by the field and left her main rival Kementari floundering.

In her first run as a seven-year-old mare, Winx showed no signs of slowing down as she charged down the middle of the track to completely dominate the first running of the Winx Stakes.

Godolphin’s stylish four-year-old Kementari was viewed as being a genuine challenger for the great mare but Winx gave the upstart a lesson.

The pair raced together before the turn, with Kementari edging ahead but once Winx balanced, she breezed by Kementari, who melted under the heat to finish fourth.

Her rider Hugh Bowman admitted to a few nervous moments during the run.

“It’s been a while since she has run over this distance,” he said. “It is a bit short of her best distance. Glyn (Schofield on Kementari) and I came around the corner together. I thought I was near my top.

“She was struggling at the pace of this distance. When she balanced up and saw the winning post, what can I say, she is incredible.”

“Just looking for signs of her losing that dominance,” the trainer admitted. “Haven’t seen one ounce of it. If anything I’ve seen improvement.

“It’s quite staggering. It shouldn’t be about me, it’s about that amazing animal. What she is doing for sport in Australia – we should all take a bow and say well done.

“(She’s the) same as the last 25 starts. She never looks like she’s dominant. You are always just hoping to see her do it.

“The pressure came into the race and her and Kementari loomed large. What she does to horses is simply break their hearts. She can maintain it and some other very good horses can’t.”

“They only come along once in a generation. She is such a special athlete. I’m lost for words. I am so proud of her.”

Godolphin’s Kementari was given a chance of beating Winx but his challenge was short lived as the mare ran by him easily once the field had turned for home.

Schofield said: “He had his chance, he loomed up with the mare and couldn’t quite sprint with her, he ran okay I suppose.”

The victory was Winx’s 30th from 36 starts, with her prizemoney earned now in excess of $19 million.

Such is Winx’s pulling power, she’s attracting a whole new audience and, in recognition of that, Australia Post is set to release a commemorative stamp to celebrate her history-making feat of 26-consecutive wins.

The $1 base rate stamp features Winx being ridden by Bowman, as can be seen below. 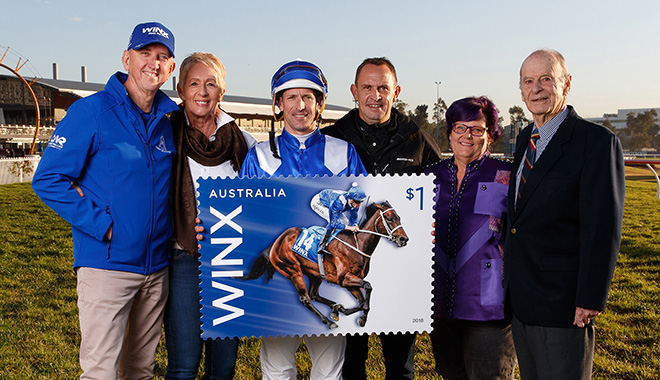 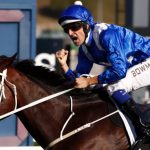 ‘She’s a hell of a horse.’ Winx chases 26 as Black Caviar’s connections cheer her onNews 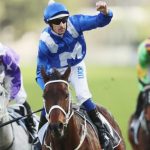