Winx has set a world record for Group One wins following a come-from-behind victory in the Chipping Norton Stakes at Royal Randwick.

It was Winx’s 23rd Group One triumph and 31st consecutive win, although she was forced to work hard to overhaul chief rival Happy Clapper, who had set the early pace and at one stage led by six lengths.

The Hugh Bowman-ridden Winx won by more than a length from Happy Clapper in what was her fourth consecutive victory in the 1,600-metre Chipping Norton Stakes.

The previous record for Group One wins was held by retired Irish jumper Hurricane Fly.

“The pace was very solid throughout, as you could all see, and we had to make our own way into the race,” Bowman told Channel Seven.

“But she is an amazing horse.”

Bowman admitted Winx had much work to do with 700 metres remaining but at no point did she panic.

“I knew when I balanced her up she would find the extra gear and she did it with relative ease in the end as I expected she would,” he said.

“I had the horse to get me out of trouble and she has done it time and time again.”

Winx’s trainer Chris Waller was full of praise for the mare following her win.

In another era, the popular Happy Clapper and his trainer Pat Webster, would be hailed as champions, especially over the Randwick mile.

“It’s probably one of his (Happy Clapper) best runs ever outside of winning the Doncaster,” Webster said.

“She just a freak and she had to put up a freakish performance to beat Happy Clapper.” 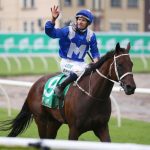 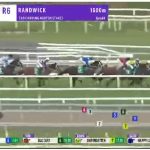