She’s as well as ever’: Bowman pleased by Winx trial

Hugh Bowman says the world’s best racehorse is as good as ever after testing Winx in a barrier trial at Rosehill on Monday morning.

The champion is about to begin her final campaign and Tuesday’s 900m-trial was her second this month.

In her first trial two weeks ago, Winx was sluggish out of the barriers and tacked on late to run seventh, almost six lengths from the winner Endless Drama.

It was a different story on Tuesday with Bowman making sure she jumped on terms with the rest before keeping her wide and urging her to the line under a hold for third behind specialist sprinters Spright and Cool Passion, with the margins a head by a half length.

“I put her a bit closer this time and made her concentrate,” Bowman said. “As she gets older she can be a bit too relaxed but she responded. Her fitness has progressed as you would expect and she seems as well as ever.”

Winx was last week jointly named the world’s best for 2018, sharing the honour with English horse Cracksman after being the world’s best turf horse for two years and second overall behind American Arrogate in 2016 and 2017.

Her trainer Chris Waller said the award was testament to her talent and longevity and the seal of approval from Bowman on Tuesday was heartening.

“It’s a big accolade for her to be up there three years in a row,” he said. “I’m looking forward to her first start in the Apollo. She is the ultimate professional. Today’s work was perfect in my eyes and it’s nice to hear from Hugh she felt well.’

A few minutes after Winx trialled, her stablemate and the horse touted as the next superstar, The Autumn Sun, made his first appearance for the year, running seventh of nine in an effort that pleased Waller.

“It’s his first trial and I was pleased with that,” Waller said. “He will have another trial in a couple of weeks and then start off in the Hobartville.”

The group 2 Hobartville Stakes (1400m) is on February 23, two weeks before the group 1 Randwick Guineas (1600m). Connections of The Autumn Sun will then decide the next step for the triple group 1 winner. 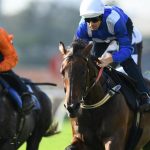 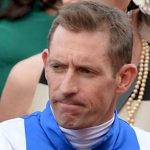