BEADS of sweat drip from his face as Hugh Bowman continues to push himself through another torturous gym session.

Far removed from the glitz and glamour of raceday, this is his lonely, daily grind, a regimen designed to maintain peak fitness, ensure his mind is alert and keep his weight in check.

These are the sacrifices you need to make to be the best.

Bowman is tall for a jockey, lean and taut. There doesn’t seem to be any excess kilos to peel from his lithe frame.

But after spending nearly a month on the sidelines due to back-to-back careless riding suspensions, Bowman realises he has work to do.

Bowman rode at 56.5kg for his return at Rosehill Gardens on Saturday as he continues to gradually bring his weight back down for the autumn carnival.

“I am a bit heavier than I would have liked which is always the same after I’ve been out for a while,’’ Bowman told The Sunday Telegraph. “I would have preferred to have been riding but you can’t do much about it.

“Everyone is different but I find it hard to live without food and water on days I don’t have to go to the races.’’

Bowman, rated the world’s best jockey, is back just in time for the return of Winx, the world’s best racehorse on turf, in the Group 1 $600,000 Chipping Norton Stakes (1600m) at Royal Randwick on Saturday.

It speaks volumes for the rapport Bowman has with Winx that trainer Chris Waller even delayed the champion mare’s comeback this year because her regular jockey wasn’t available.

Bowman has been Winx’s exclusive race jockey for more than two years, riding the mare in her last 19 races.

Waller decided not to risk running Winx earlier this month in the Apollo Stakes as planned without Bowman in the saddle. The trainer has got the band back together for the Chipping Norton Stakes.

This comes after Winx, with Bowman aboard, ran away with a special barrier trial between races at Randwick eight days ago, winning the 1200m heat by nearly four lengths and running an overall time that was faster than two stakes races over the same distance at that meeting.

Winx’s closing 600m sectional was a brilliant 33.5sec — easily the fastest split recorded on the day.

The great mare never extends herself in barrier trials but this was a simulated race and she reacted accordingly.

“She travelled well but was left a little flat-footed at the 600m and understandably so over 1200m,’’ Bowman said after the trial.

“But from the 300m she was back to her normal self and that competitive spirit really burned the last 200m.

“She might have been tricked into thinking it was a race because she certainly responded as if it was a raceday and not like she would in a trial.’’

Winx is headline news wherever she goes and whatever she does these days and Bowman is preparing for another media blitz this week.

Bowman had to cope with the media circus as he tried to get his suspension penalty reduced earlier this month but it is something that he has become accustomed to as Winx’s jockey.

“The hype is always there and I guess it will build up again (this) week,’’ Bowman said.

“She does great things on the racetrack but it is the public interest she creates which is amazing.

“If you didn’t have all the public interest and media hype then she would be just a great ride.

“But she adds a lot of media and public expectation whenever she races and it can be relentless.

“I’m not saying that is a bad thing because a lot of good comes out of it which is great exposure for the sport.

“Put it this way, I’m feeling much more relaxed about things going into the autumn than I was leading into the Cox Plate last spring.’’

Winx’s rise and rise over the last three years has also coincided with Bowman’s emergence as arguably the world’s best jockey.

Bowman is a little uneasy with his world’s best jockey rating, which provokes some gentle ribbing from his peers.

On his first day back in Sydney racing after being awarded the coveted title, his fellow jockeys jokingly arranged for a beefy security officer to guard Bowman’s regular spot in the jockey’s room. There was even posters with “World’s Best Jockey” and streamers adorning the booth.

But it is no coincidence that Bowman’s reputation on the world stage has soared during the Winx era. After the Rosehill meeting on Saturday, the champion jockey will catch an overnight flight from Sydney to Hong Kong where he rides Werther in the Group 1 Hong Kong Gold Cup at Sha Tin.

“I’ve had good success internationally in the last few years and Winx has given me the confidence that I can do it,’’ Bowman said.

“It is really something to ride a horse as good as Winx — she is career defining.’’ 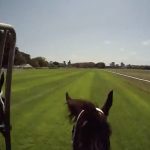 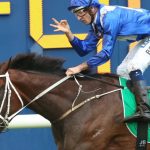