Having won $24 million, Winx is set to remain a money-making machine in retirement

From the passionate to the passing fan, the countdown is on as a captivating chapter in Australian horse racing comes to an end — Winx’s last race.

But for the seven-year-old’s connections, her legacy is far from written.

This weekend, jockey Hugh Bowman will saddle up for one last time on the champion mare in the Queen Elizabeth Stakes at Royal Randwick, in Sydney.

One of Australia’s greatest racehorses, her winning streak now stands at 32, including 24 Group One races.

While some say she still has the capacity to go on, those closest to the mighty mare see it differently.

“This is an unusual week — you don’t often get a week like this in racing where you know Saturday is going to be the last race,” Kepitis said.

“We had to make the arduous decision of when to pull the pin on her career as a race horse, but she’s got a career as a mum.”

And this mum is set to be both productive and profitable as experts predict each of her foals could fetch more than seven figures.

“When you see the Winx factor … I think there’ll be a lot more people taking interest in that yearling than they perhaps otherwise would,” said racing commentator Caroline Searcy.

“If over five years in [Winx’s] early breeding career she had five foals … they’d probably be valued at $1 million or upwards.”

But first, it’s time to relax

Having already earned her connections $24 million in prize money, Winx will be given a well-deserved 12-month spell before she enters a new and very different chapter.

And it is set to be another lucrative move for her three owners — who are committed not to sell her — as she prepares for life as a broodmare.

PHOTO: Unlike most mothers, Winx should have fewer early starts once she has kids. (AAP: Dean Lewins)

“We feel she’s done the most she can do for racing,” Kepitis said.

“We’re going to send her for a normal spell. She’ll just act like a normal racehorse, let herself go down and become a paddock animal.

“I do everything with my heart and that’s how we’ll breed with her.”

A successful career for the progeny of an all-conquering mare is far from guaranteed, but bloodline is key, and given her exceptional career, few would doubt Winx’s ability to produce a future champion.

Her name has already shown its worth in the sales yard when her niece sold for $750,000 at this year’s prestigious Easter Yearling Sales.

Given mares could have up to 10 foals, anything is possible in the future of Winx.

“She’s defied everything in the history books — she may be a great mum,” Kepitis said.

And perhaps for the first time in Winx’s career, time will be on her side. 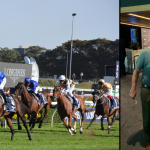 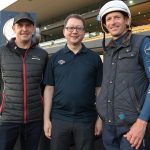