Winx on top of the world rankings, now officially horse-racing’s best on turf

Finally, Winx is on top of the world.

The champion mare has been the champion of the turf for the past two racing seasons but has continued to be outshone by American dirt track runners Arrogate and Gun Runner.

After her 25th straight win, Winx has not only equalled the great Black Caviar on the mark but also has been crowned the world’s best in the Longines World’s Best Racehorse Rankings, which were released on Thursday in Europe.

Winx’s recent Queen Elizabeth Stakes win at Royal Randwick last month was given a rating of 130 — which saw her finish a point ahead of Gun Runner.

“She deserves it — she’s performed so well for so long, and to crack the world-number-one officially is wonderful.

“To have her first in her own right really just stamps what I know as an owner [of] how great she actually is, so it’s nice to have that on the world stage.”

Winx is currently enjoying a paddock spell on a farm in the country outside Sydney.

“She’s enjoying herself, getting the sun on her back, eating well, having the time of her life,” Kepitis said.

“I’d expect her to be back in the stables in about August sometime and probably have an early race August or September, it just depends on how she goes.

“It’s a race by race situation now with her. Of course we’d love to see her win a fourth Cox Plate, but we’re not trying to jump too far ahead and we’ll just take it as time tells.”

After a few weeks rest she’ll be brought back into light work before her trainer Chris Waller and owners Kepitis, Peter Tighe and Richard Treweeke decide on a spring campaign.

Winx’s owners chose not to send their prized horse overseas to Royal Ascot but a decision is yet to be made on whether she tries to win a record fourth Cox Plate or compete in the world’s richest race on turf — The Everest.

Trainer Chris Waller Racing already owns one of the 12 allocated slots worth $600,000 each to compete in The Everest, which was won by Redzel last year. 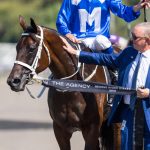 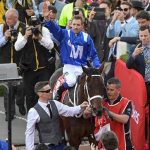