CHAMPION mare Winx will make her first public appearance of the year alongside The Everest winner Redzel in a star-studded barrier trial at Rosehill Gardens on Monday. Winx will step up her autumn preparation in the nine-horse field, which also contains Victoria Derby winner Ace High and Golden Rose victor Trapeze Artist.

Between them, the trial field has earned a staggering $28 million in prizemoney. Winx, the three-time Cox Plate winner, is Australia’s highest prizemoney earner with $15.6m, while Redzel has banked almost $8m after a successful spring campaign, which netted victory in the world’s richest race on turf, The Everest, and the Group 1 Darley Classic.

Winx will be the star attraction at the Rosehill barrier trials on Monday. Chris Waller’s mighty mare is due to return in the Group 2 Apollo Stakes at Royal Randwick on February 17. The TAB has made Winx the $1.10 ‘all’in’ favourite for the Apollo.

The Peter and Paul Snowden-trained Redzel is tuning up for a first-up tilt at the Group 1 Black Caviar Lightning at Flemington on February 17. The appearance of Ace High and Trapeze Artist adds extra interest to the trial, which will be run at 8.15am. Sixteen heats will be held at the session.

Trainer Chris Waller told Melbourne radio last week a trip overseas this year was on the agenda for Winx if she is her usual self this autumn. “If she wins the George Ryder by three lengths, and the Queen Elizabeth by two lengths she’ll be on the plane,” Waller told RSN. Winx is already a $1.40 favourite for the Queen Elizabeth ahead of Humidor at $11. 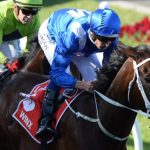 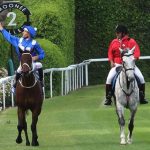 Winx owners: No amount of British hospitality will force our handNews