Winx to mark start of spring

Winx will make her indelible mark on the first day of spring at Randwick on Saturday when she has a jumpout with three stablemates before the first of nine races.

The Australian Turf Club tweeted on Friday morning that the winner of her past 26 races will jump out with other expected spring stars in D’Argento, The Autumn Sun and Foxplay.

JUST IN: Get to see the World's Best Horse @winx_horse this Saturday @royalrandwick! She will be having a jump out prior to Race 1 with stablemates D'Argento, The Autumn Sun and Foxplay #WinxWatch pic.twitter.com/O7HG0ghUmU

Winx, who was awesome first-up in the race named after her two weeks ago, is being readied for the $500,000 Group 1 Colgate Optic White Stakes (George Main Stakes) at Randwick over 1600 metres on September 15.

Her connections will then announce which path they will take with the seven-year-old as she heads towards a history-making fourth Cox Plate victory. 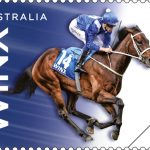 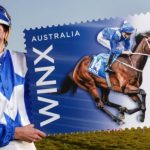 Cox Plate not necessarily the end for wonder mare WinxNews