Winx back at Waller stable

Winx has returned to Chris Waller’s Rosehill stable and the man charged with preparing Australia’s favourite horse has hinted there will be no surprises when it comes to mapping out her spring campaign.

Attempting to win a historic fourth Cox Plate is the ultimate aim and while the path she treads on her way to Moonee Valley in late October is still to be locked in, Waller said he is preparing Winx to return to the races in mid-August.

This shouldn’t come as a shock, given she has resumed in the Warwick Stakes in her two previous spring campaigns and this year the race has been elevated to Group 1 status and renamed the Winx Stakes, to be run at Royal Randwick on August 18.

“We will be aiming to have her ready to race in mid-August, she will have a couple of trials before then but we haven’t locked in any specific dates just yet,” Waller said.

“Without locking in an exact schedule, I wouldn’t imagine there would be too many surprises.”

The smiles say it all….We are excited to have Winx back in the stable! A big THANK YOU to all those behind the scenes during her spell and pre – training. pic.twitter.com/SKlNPByr19

Having Winx back in work increases the pressure on Waller and his staff, given the huge attention and expectation that is attached to being Australia’s best horse, but Waller says he is upbeat about what lies ahead given her current condition.

“She looks great and that takes a lot of pressure off, it is good to have her back,” he said.

“She had three-and-a-half weeks pre-training, which gives her a steady base for us to work with.

“One of the most pleasing things is the condition of her feet, not that we’ve ever had too many issues with them but when she is in work, we are constantly putting nails in the walls of her feet for her shoes.

“She has had the shoes off in the paddock and it has allowed her feet to grow out.

“Our farrier has said it is the best her feet have looked, he’s happy, which makes me happy.”

WINX is clearly enjoying her time off, having a leisurely roll and frolicking with her mates! #winxhorse#gowinx pic.twitter.com/xGvHbcDCcq

Operating one of Australia’s most powerful stables ensures Waller hardly gets an opportunity to switch off but having Winx in the paddock also provides the leading trainer a short let-up.

“It is good to get a spell from it all, it was nice to have a break myself even though we’ve been quite busy through the Winter Carnival, but now she is back it is all quite exciting and everyone gets a lift when she is around,” he said.

The Brisbane Winter Carnival has been a tremendous success for Waller as he has picked up Group 1 wins with Comin’ Through (Doomben Cup), Youngstar (Queensland Oaks) and The Autumn Sun (J.J. Atkins).

All three will be given a short break before being aimed at Spring Carnival features and Waller says the tight turnaround can often be a positive.

“I find horses come out of the Brisbane Carnival better than they do in either the autumn or spring,” he said.

“They don’t seem as flat and because we give them only three weeks break, they don’t take as much work to get fit again for their next preparation.”

Waller said The Autumn Sun would be aimed towards the Group 1 Golden Rose in Sydney before potentially coming to Melbourne for three-year-old feature races while Youngstar will be given a chance to contest the Caulfield Cup.

“Whether she (Youngstar) gets that far or not we will have to wait and see,” he said.

“And maybe she could even be aimed at the Epsom if she is showing more speed next time around but the Caulfield Cup seems a logical target.” 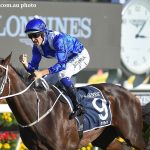