Watching champion mare Winx breeze around Randwick on Saturday ahead of next weekend’s Group 1 $4 million Longines Queen Elizabeth Stakes (2000m) showed that one thing is for certain – she looks better than ever.

With her coat gleaming in the sunshine, her muscles defined and her famous fluent galloping action on display, Winx worked over 1000m in a time of 1 minute, 2.19 seconds and finished off her last 600m in 34.26s.

It was an important hit-out for not only the world’s best horse but also race jockey Hugh Bowman, who missed Day 1 of The Championships suffering from the lingering effects of a recent race fall and also a viral infection.

Winx is a general $1.15 favourite to defend her title in the Queen Elizabeth on April 14 in what will be a season finale for the champion.

But could it also be a career finale?

Let’s hope not. I would love to see her race on into the spring and a crack at a fourth Cox Plate. Yet you need to look at it realistically.

She is a horse, not a machine.

Trainer Chris Waller and connections pulled the pin on an international campaign that could have included a trip to Royal Ascot in June, preferring to focus on the immediate target at Randwick and referencing her wellbeing above all other decisions.

After Winx won the George Ryder Stakes at Rosehill, Waller emphasised the importance of managing his champion in the twilight of her career.

Come spring, Winx will be a seven-year-old. History shows that not many mares are racing at the elite levels at that age.

New Zealand’s mighty mare Sunline did but was on the decline. After winning her second Doncaster as a six-year-old, Sunline returned for a final Spring Carnival aged seven in 2002.

After winning the G2 Mudgway Stakes in New Zealand first-up, Sunline was beaten in her final three starts in Australia before retirement, in the George Main Stakes, Caulfield Stakes and Cox Plate. She gave her all but just wasn’t the champion of old.

Melbourne Cup legend Makybe Diva’s Spring Carnival finale in 2005 occurred while she was still actually a six-year-old, although registered in Australia as seven – she was born in the UK in March, 1999.

After winning the Cox Plate and historic third Melbourne Cup at her final two starts, there was nothing left for Makybe Diva to prove and she was retired.

Both Sunline and Makybe Diva had to wait until the following spring to head to stud to commence the next phase of their careers.

If Winx is aimed for a fourth Cox Plate, which will be run on October 27, she will forfeit any chance of going to stud in 2018 in the southern hemisphere as that will be right at the end of the breeding season.

No doubt, some of the biggest studs in world racing will be opening up channels of communication to the owners of Winx about potential stallion matches for the champion.

Add to that, Winx will be lining up for her 35th career start in the Queen Elizabeth Stakes. It has been a remarkable job by Waller to keep her consistently returning every spring and autumn for four years let alone the fact that she is unbeaten for almost three years.

With that level of racing, Winx has already exceeded the standard amount of racing that most elite-level mares compete in.

Quite simply, she is a freak.

Winx has already achieved what many thought would be impossible when equalling Kingston Town’s record of three-straight Cox Plate wins.

If she wins on Saturday, Winx extends her world record haul of Group 1 flat-race wins to 18, she equals the winning sequence of Black Caviar of 25-straight races and she moves to $18.9 million in prizemoney.

“Winx has nothing left to prove to anyone, she is and always will be regarded as a legend of the turf,” Waller said after winning the George Ryder Stakes at Rosehill on March 24.

As much as I would love her to be back for another campaign in the spring, it wouldn’t surprise me if connections chose to end it there.

For anyone who can, they should get to Randwick on April 14 just in case. 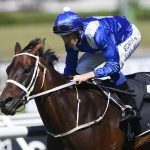 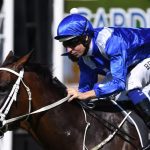