No Royal Ascot for Winx

Winx will be staying put in Australia, after connections announced they won’t travel her to Royal Ascot.

The world’s equal-highest rated racehorse was touted as a possible contender for the Queen Anne Stakes at the famed UK meeting in June, but trainer Chris Waller, jockey Hugh Bowman and owners Peter Tighe, Debbie Kepitis and Richard Treweeke have decided to keep the champion mare in her home surrounds.

In a statement, Waller said following Winx’s run in the $4 million Queen Elizabeth Stakes on April 14 – when she will be aiming for 25-straight wins – it is their intention to spell her with an eye to racing on in the spring, which could include a shot at an unprecedented fourth Cox Plate win.

Thank you for the patience afford to myself and the owners (Peter Tighe, Debbie Kepitis and Richard Treweeke) of Winx whilst we have deliberated over her immediate racing future and the prospect of travelling to race internationally.

We have been overwhelmed by the following she has attracted in Australia and across the globe and we understand that her fans all want to see her race in their respective racing jurisdictions. When contemplating a decision on her future, there were a diverse range of matters to be considered, from wellbeing risks associated with travel to seasonal changes her hormones may undertake. As her trainer, it is my responsibility to continue to carefully manage her career as it enters the twilight phase and this has seen in depth dialogue between her owners and I as our joint decision was made.

We all hold enormous appreciation for horse racing across the globe and there are a number of racing jurisdictions hosting world class carnivals that would love to see Winx race. The Royal Ascot carnival is one of the greatest in the world and would provide Winx the opportunity to be showcased on a global stage. As a group we have all held ambitions to travel horses internationally and it has been our dream to have a horse race in front of Her Majesty the Queen at Royal Ascot, however this decision is not about us and must be based on the best interests of Winx.

“Following lengthy discussions between the owners, Hugh Bowman and I, it has been decided that Winx will remain in Australia following the Queen Elizabeth Stakes held on April 14 at Royal Randwick and not embark on an international campaign. It is our plan to continue to race her into the Spring and hopefully Australia can play host to international visitors during our carnival. We are humbled by the level if support, respect and compassion that has been offered by the international representatives looking to attract Winx and congratulate each of them for the professionalism displayed towards us during this process.

“Winx is now the winner of 28 races, 24 of those wins at consecutive starts and 17 of those at Group 1 level. She has won on tracks rated from fast to heavy and over distances ranging from 1100m to 2200m, she has taken on all comers and won under Group 1 handicap, set weight and penalty and weight-for-age conditions. Winx has nothing to prove to anyone, she is and always will be regarded as a legend of the turf and it is champions like her that make up the fabric of this great sport.

“I wish to close off by saying thank you to everyone, from the media to my fellow trainers, racehorse owners, jockeys, racing and sport enthusiasts as well as those who have been captured by what Winx has been able to achieve. Winx now holds herself in esteemed company and that is something we are very proud of. 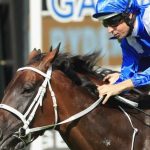 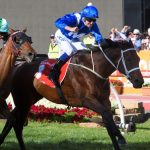