A repeat of her George Ryder Stakes victory of last autumn will promote Winx to the top of the world rankings after the history-making mare had to share the gong with retired American galloper Gun Runner in the first edition for 2018.

But Winx can forge her own lead in the rankings as early as next Saturday as it was her George Ryder Stakes win of last year that earned her a career-high rating of 132.

However, even that rating was not enough to edge the now-retired World Cup winner Arrogate (134) from the top spot.

Winx will have to be at her devastating best, however, to claim the top spot by herself. Last year, she was awarded the mark of 132 off the back of her Ryder win, where she had a seven-and-a-quarter-length margin on multiple Group 1 winner Le Romain and eight-and-a-half length over Chautauqua.

That performance was ranked as her highest for 2017 -narrowly beating her six-and-a-half-length Turnbull Stakes victory and far exceeding her third Cox Plate win where she held off Humidor by a long neck when enjoying a two-kilogram advantage under the weight-for-age scale.

In an encouraging sign, the 129 she earned for her Chipping Norton Stakes romp earlier this month was the highest ranking she has ever earned at a first-up run.

Much will depend on her opposition in the Ryder if Winx is to take the mantle as the world’s best.

If the race lacks genuine star quality, it might then be the Queen Elizabeth Stakes at Randwick two weeks later that she could earn the right to be called the world’s best horse as that $4 million event is looming as the best race of the autumn for the older horses. 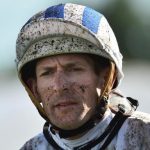 Hugh Bowman to take no risksNews 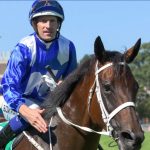