SYDNEY super mare Winx has given punters the fright of their lives before reaching deeper into her bag of tricks than ever before. FOR a few strides Winx looked to be in trouble. Hugh Bowman was urging her along and the mare seemed to be struggling to stay in touch. But the moment passed as quickly as Winx accelerated. Suddenly she was surging. The champion mare switched into overdrive and swept home in the Group 1 $500,000 George Main Stakes at Royal Randwick on Saturday. And everyone watching around the nation, those on course, in pubs and clubs, in lounge rooms, breathed a collective sigh of relief.

The winning streak continues — this was her 20th consecutive win. Maybe Winx is toying with our minds like she is toying with her opposition. Maybe, she is waiting for the final 400m, waiting for the urgings of the Randwick crowd to reach a crescendo, and waiting for that winning post to come into sight. Because when the race is there to be won, it is when Winx at her supreme best. A relaxed trainer Chris Waller wanted to enjoy the moment rather than over-analyse the win. “I’m not too worried about how she was travelling in the race, let’s just Winx for who she is — true champions normally come out and win,’’ Waller said. “It’s great Sydney have embraced her.”

And win Winx did – easily on the line. The great mare, sent out $1.12 favourite, was slow away, settled back in the field, was standing the leaders 10 lengths at the 600m yet she accelerated so quickly from the top of the straight she sprinted past Happy Clapper ($15) to win by one-and-quarter lengths with nearly five lengths to Foxplay ($21).

Her jockey Hugh Bowman even stopped riding her 50m out as the mare cruised clear of her chasing rivals – but he did admit to some tense moments mid-race. “I wasn’t worried but she didn’t travel into the race like we are accustomed to which surprised me,’’ Bowman said. “But once she got a sense of where she was and what she needed to do, she just cuts in and accelerates — it is like she is on auto-pilot. She picked up Happy Clapper in about two strides.’’ Bowman conceded Winx may not be as comfortable on the firmer tracks but pointed out she has gain run brilliant time – she ran the 1600m in a race record 1m 33.65s. Winx broke a few records as well including:

WINX’S 20th successive win takes her past the 19 wins straight of Desert Gold, Gloaming and American mare Zenyatta. Only undefeated Black Caviar with 25 wins has won more races in succession. SHE became the first mare to win successive George Main Stakes – and the first to achieve the feat since the legendary Kingston Town (1981-82).

WINX scored the 13th Group 1 win of her career, equalling Sunline’s record and trailing only Black Caviar (15) and Kingston Town (14) for most majors. HER prizemoney increased $13.47 million, trailing only Makybe Diva who won $14.52 million. Waller indicated Winx is most likely to have one more start in Sydney this spring, the $500,000 Craven Plate (2000m) at Randwick on Everest Day, October 14.

“I’d say she will have one more run up here then at some stage she will head to Melbourne,’’ Waller said. “We will lock it in next week and let everybody know what we are doing. It’s not a guessing game. The horse comes first. She will tell me.’’ Waller said he believes Winx is “spot on” for her attempt to equal Kingston Town’s record of three Cox Plates. “She is ready for it,’’ he said.

“Her first Cox Plate she won it off three runs. Next Cox Plate she won it off four. She will probably run in it off a fifth run. It’s our job to protect her and the public continue to enjoy.” Bowman summed up the mood at Randwick after Winx raced into history again. “It all means a great deal, my kids are quite young so they are not quite aware of the enormity of the situation but in years to come they will certainly come to understand what Winx has done for our lives,’’ he said. “Growing up on the farm in Dunedoo, dreaming of being a jockey, dreaming of riding a champion and those dreams are being met in the form of Winx and like I said I am so proud and honoured.”

The victory marked Winx’s 20th straight win as she moved closer to Black Caviar’s Australian record of 25 consecutive victories. There seems no stopping the great mare as she closes in on a third consecutive Cox Plate at Moonee Valley next month. In winning she equalled Sunline’s record of 13 Group 1 wins and became the first horse since Kingston Town (1981-82) to win successive George Main Stakes. Kingston Town trained on that year to win an unprecedented third successive Cox Plate and 35 years later Winx can also achieve that feat this spring.

Rivals in awe of the champion mare AS the George Main Stakes field thundered into the home straight, Happy Clapper’s trainer started to believe an upset was possible. Happy Clapper was sprinting up to the leaders and behind him Winx was under pressure with her rider Hugh Bowman feeling for the whip. “I was daring to dream on the home turn,“ Pat Webster said. “I thought ‘Happy’ had her measure but she is a champion and she did what champions do. “Our horse has run the race of his life, he has just bumped into a freak.’

Bowman had to give Winx a couple of cracks with the whip but nearing the 200m the mighty mare suddenly extended and zoomed past Happy Clapper for another famous win. Winx was timed to run her final 600m sectional in 33.54sec as Bowman eased down on her in the last 50m. By comparison Happy Clapper came home in 34.04sec with the pair opening up a margin on their rivals.

“She has done it again, she is such a delight to be a part of and I have really run out of things to say, she is such a magical horse and she just never fails to get the job done,’’ Bowman said.

“At the start, she is just a bit tense, she is so competitive she just wants to get on with it, it’s the only chink in her armour, she jumped okay but was slow into stride, but I just let her be where she was happy.

“Today I expected to be closer to the speed, the pace was strong, at the top of the straight she had a lot of ground to make up and after her last two performances I knew she could do it, I am just so proud of her.’’

Blake Shinn, rider of Happy Clapper, said the gelding was “gallant in defeat”.

“He travelled really well, but I think he knew Winx was in that race today because he gave something a bit extra than he has done before,’’ Shinn said.

“At the half mile I felt like the winner, the 400m he felt the winner. It’s very humbling to run second to her [Winx], she’s the people’s champ. Full credit to my horse and Pat Webster, he was very brave today.”

Happy Clapper’s effort was so impressive he firmed from $8 into $5 outright favouritism for the $1 million Epsom Handicap (1600m) at Randwick in two weeks. Foxplay ran Winx to a photo in the Warwick Stakes last month but she was nearly six lengths behind the great mare on Saturday. “She’s terrific, Foxplay, she is almost the best mare in the country because I don’t call Winx a mare, she’s a freak,’’ Avdulla saids.

Red Excitement’s effort to Winx to a length in the Chelmsford Stakes might have taken a toll as he was nearly 10 lengths behind the champion mare in the George Main, finishing seventh in the eight horse field. “I was under pressure a long way from home today, unsure of the reasons why,’’ jockey Josh Parr said.

WHAT THE JOCKEYS SAID
Courtesy of Racing NSW

HUGH BOWMAN (WINX): “She has done it again, she is such a delight to be a part of and I have really run out of things to say, she is such a magical horse and she just never fails to get the job done.”

BLAKE SHINN (HAPPY CLAPPER): “Gallant effort, he travelled really well, I think he knew Winx was in that race today, he gave something a bit extra than he has done before. At the half mile I felt like the winner, the 400m he felt the winner. It’s very humbling to run second to her. She’s the people’s champ. Full credit to my horse and Pat Webster, he was very brave today.”

ADAM HYERONIMUS (ECUADOR): “He raced very one-paced today, so we’ll just wait and see how he pulls up because he is a lot better than that.”

JOSH PARR (RED EXCITEMENT): “I was under pressure a long way from home today, unsure the reasons why.”

MICHAEL WALKER (MCCREERY): “Really good run, just rode him quiet and he hit the line very strong, bit of cut in the track and over further, he’ll be hard to beat next time.”

GLYN SCHOFIELD (MACKINTOSH): “He ran well, he was up on the speed and whacked away. Little bit of cut in the ground would suit him.”

TYE ANGLAND (HEAVENS ABOVE): “She went well, they just went too quick for her in the middle stages. It got me off the bit a long way from home, to get her to perform at her best she has to travel up and only get off the bridle in the last 300m. I was off the bit next to Winx at the half-mile, I was concerned for her actually, but I thought my girl stuck on well.”

BRENTON AVDULLA (FOXPLAY): “She’s terrific, probably almost the best mare in the country because I don’t call Winx a mare, she’s a freak.” 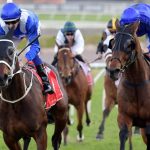 WINX LEGEND CONTINUES TO GROW AS SHE ENJOYS THE GOOD TIMESNews 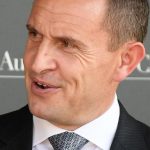