TRAINER Chris Waller and his champion mare Winx cleaned up the major awards at the NSW Racehorse Owners Association Night of Champions awards ceremony held at Royal Randwick on Thursday.

Waller was presented with a record eight successive Bart Cummings Medal for outstanding achievement during the 2017-18 season. The medal is voted on by the Sydney racing media and Waller polled an incredible 110 points to be well in advance of runner-up Jason Collett, with 34 points.

The prestigious honour came after Waller was also awarded the Tommy Smith Medal as Sydney’s premier trainer, with a record 189 city wins, breaking his previous record by 20.

“Chris Waller is a trailblazer not just in thoroughbred racing, but in sport, and continues to set new benchmarks,” Racing NSW’s chief executive Peter V’landys said.

“Chris and his team must be congratulated for the professional and dedicated way they go about their business and these accomplishments bear testament to their outstanding efforts.”

Waller’s mighty mare Winx collected a record third successive NSW Champion Horse of the Year for another perfect season — eight starts for eight wins, including six at Group 1 level, culminating with her runaway win in the Queen Elizabeth Stakes at Randwick in April.

Happy Clapper’s Epsom-Doncaster double ensured he was Miler of the Year and the gelding’s trainer Pat Webster was voted NSW Racing Media Personality of the Year for his success on the track and for his counselling and support of racing industry participants in hardship.

Brenton Avdulla claimed his first George Moore Award for winning the Sydney Jockeys’ Premiership with 92 wins for the season, and Rachel King, who is now a fully-fledged jockey, took out the coveted Theo Green Award for Leading Sydney Apprentice with 38 wins.

RARE OCCASION FOR THE CHAMP

THERE is a remarkable coincidence about Winx’s attempt at a record 26th successive win in the Group 1 $500,000 Winx Stakes at Royal Randwick tomorrow.

Winx shares the national record for consecutive wins with another legendary mare, Black Caviar. She retired undefeated and was born on August 18, 2006.

Winx is also trying to do something tomorrow only Black Caviar has achieved and win a race named in her honour. 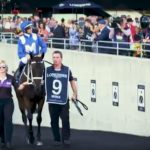 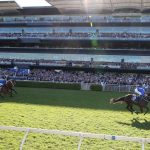 So, who’s the best horse you’ve ever seen?News